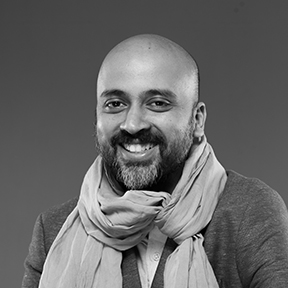 Dhiman is a music, comic book, geometry, origami and film enthusiast. Among the courses taught by him are Storyboarding, Comic Book, Time & Image, Sound Design, Music Appreciation and Geometric Construction for the Design Foundation Programme.

He is a voracious reader, poet, musician, artist, and illustrator. Dhiman loves sketching people and architecture; his sketchbook is his constant companion. He is fascinated by Islamic Geometric Design and it’s manifestations through History which he attempts to share and teach through his Geometry lectures.